We made it a point to head to as many beaches as we could while in california, we however didn’t have the leisure time to really enjoy all of them.  But, by the end of our 10 days in CA there was so much sand in the truck you would think it was Japanese Sand Garden.  That’s even after baby powder and gallon water jug washes.  It was worth it though.

In carlsbad we hit 2 beaches with the intent of playing in the water; Carlsbad State Beach and Tamarack State Beach.  I know that doesn’t sound like a lot but we visited others in LA and San Diego which we’ll discuss in those posts.   We didn’t want to take the boys at night and since it got dark around 5:30 it took a few days to make it that direction on time. it was 3 days until our feet touched the sand, 3 days too long if you ask me.

Our first visit was carlsbad state beach, with the intent of just seeing the sunset, but as the waves rolled in and walked along the shore line the temptation to jump in grew stronger and stronger. It was only after a random wave splashed high enough to get our pants wet did we give in to the call.  The water was a little chilly but better than most pools in Colorado. 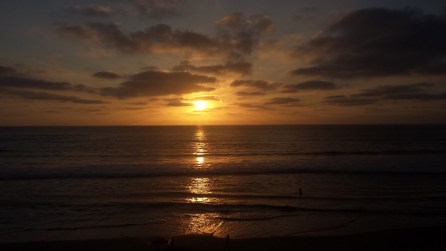 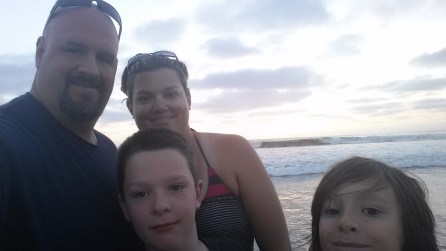 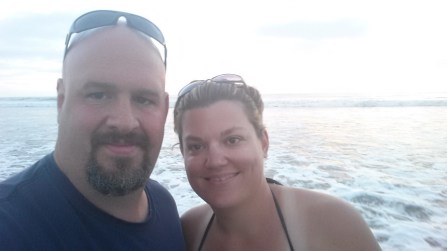 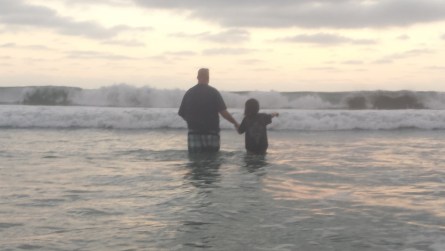 MiK wanted to get hit by a big wave 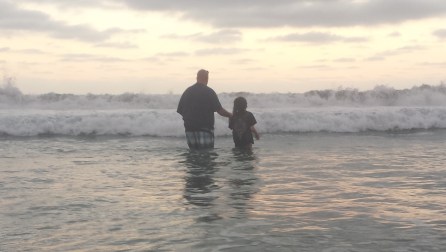 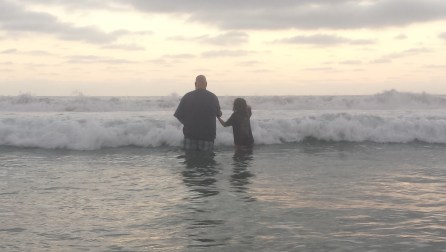 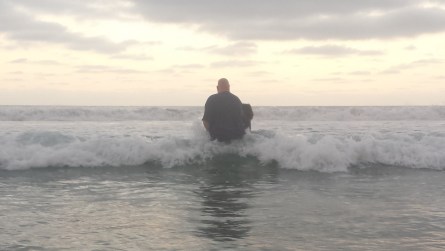 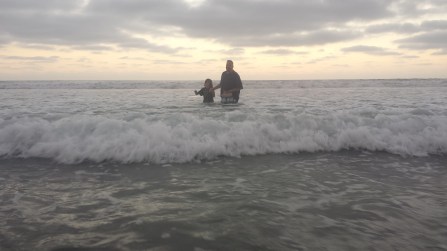 Our 2nd each was Tamarac. This was a bit nicer, we were even able to park right near the sand, the down fall was that we had to pay $10 for the night.  But easy parking on a friday afternoon was worth it. It was a bit windy too so the waves were bigger!  I spent the day fighting the waves and getting tossed, lol my ankles hurt for a week. 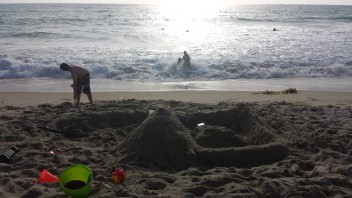 Carlsbad was like home that we didn’t know was home.  It was hard to leave, but we’ll talk more about that later.

This week of posts has covered our travel in nevada and the start of our travel in CA.  Thank you all for coming with us on these adventures.  Traveling through Vegas and California is always a pleasure,  even when when it’s apart of a crazy year or good old boring business.

If you missed any posts from last week you can check them out below.

Hoover Dam (there I spelled it right, calm down)

We posted about the  Lego Land Costume contest live to if you missed it here it is.

TLDR: I know every one hates when you post beach pix, but I did any ways. We got covered in sand, tossed by waves and built sandcastles like every one else when we were at the beach! This week was about scary clowns in nevada, and the start of our SO CAL journeys. We spent a lot of time at legoland with our real life lego kids.