My wife and I love vegas.  On our first “just us” vacation when the boys were old enough to leave with family for more than one night we booked a trip to Vegas.  It was fun, cheep, and interesting. There were tons of things to do and we really wanted to go back.  We were concerned, however, that vegas may not be a good place for kids (I know “DUH!” is what a lot of you are thinking, but you can’t see Nevada without going to vegas – you could, but, well I’m not having this argument).  My biggest concern were the “Flippers” – Those people flipping those nudie books in your face, and the ads that you find almost everywhere.   We figured if we went earlier we may be ok and I remembered an article about forcing the flippers to keep their area clear of junk. We were pleasantly surprised, but I’ll explain more later.

Our day in vegas started by Valet parking the truck at the Stratosphere. with the intent to walk to the Luxor and then take the monorail back to pick up the truck.  With the stratusphere our first stop we had hoped to head up to the top and take the proverbial picture of the strip from the stratosphere.  When we found the elevator up we realized it wouldn’t be that simple. After talking to the ticket guys it appeared that the only way up to the top regardless of our short time intent (we had the whole strip to see, there was a lot to do). The minimum price would be $70 to the main floor, then more to go higher. Sure there was a lot to do up there, but it really wasn’t in our bank roll. We took a few minuets to explore the hotel and then hit the street to hoof it to our next stop.

When Gail and I had been in Vegas last time, we never had the chance to make it to this end of the strip. The good news is there is a lot of renovations going on the area, new construction and some heavy remodeling, The down size was the area right now is pretty rundown, I was not thrilled at the idea of walking back through it at night.  There was one place through, which turned out to be the last stop on the mono rail that was in decent condition, through it was a small casino it was kinda cool looking, and provided a decent photo op. 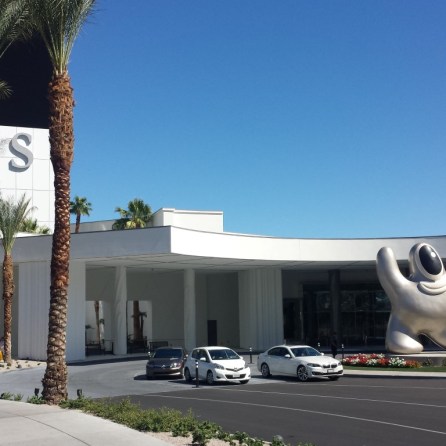 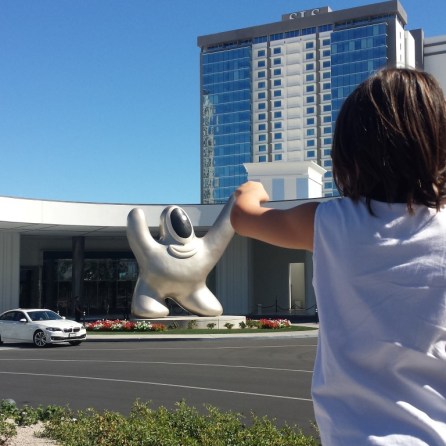 About a half mile down the strip was our next destination.  Circus Circus.  Scary clown jokes aside. The entrance to Circus Circus looks like it needs a little attention. I wasn’t afraid to go there by any means, but at the moment it is showing it’s age. It is kind of appropriate though like going to a carnival, not everything about it is on the up and up, it kind of adds to the fun.

Children it appears are aloud in most casinos so long as they don’t stop at the machines.  Come places have different carpet for the outsides and others just warn you to not let the kids stop at the machines. (To a kid this place must look amazing, we had to keep nudging Zander on.) We headed up to the 2nd floor where the kids casino is; the midway.  We spent a few hours here playing video games, the time and money was well spent. There are even shows every hour or so that I had hoped the boys would like, but for some reason they were uninterested. They merely tolerated it while Gail and I watched. 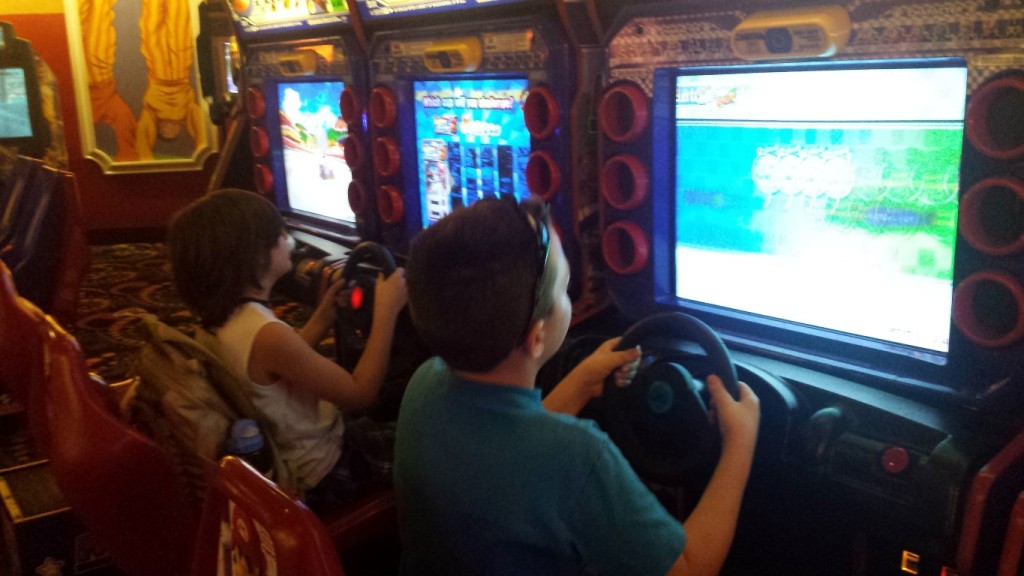 I had photos of the performers, but they turned out too blurry to post. =(

After video games, we headed to the Adventuredome.  This was an amazing little amusement park. There are roller coasters, put put, video games, face painting and more.  There is even a 4d theater.  For 24$ a day per person the Adventuredome looks like a great place for the kids to spend the afternoon. Next time we head through Vegas this is one of our first stops, but since we had one day and a goal to see it all we sent our selves an email from the kiosk and moved on.  – one of the unfortunate things about this trip is that in order to see it all we cannot actually do it all it would take a years! 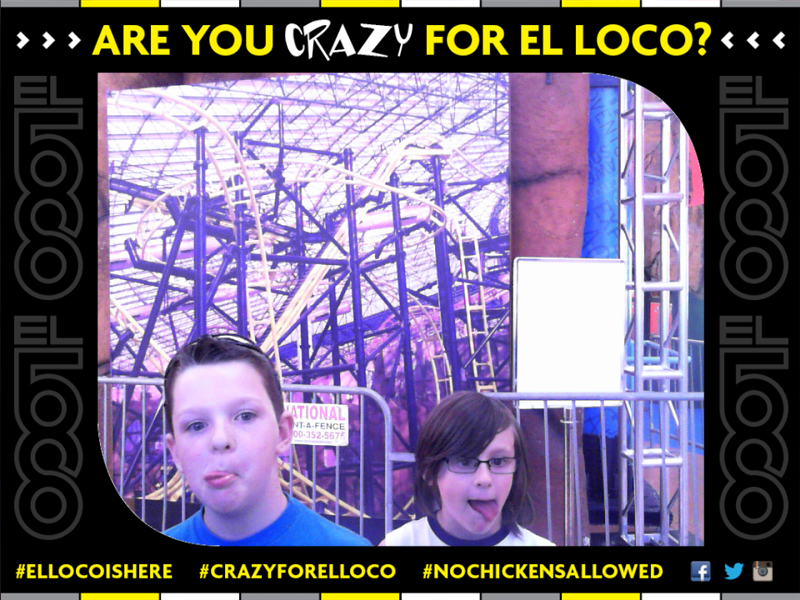 From the adventuredome we headed back down to the strip to continue our urban hike.