Places to Visit Roswell, NM – 3 or 4 days I just can’t seem to remember.

Roswell is another small tourist driven town that is not doing so well, as least as far as tourism goes.  We stopped in several stores and talked to the owners.  The consensus is that the economic bust of 2009 was still in full effect here.  Tourism is down by 70% and many of the shops were out of business.  The UFO Museum seems to be doing ok, but they are the only downtown Roswell destination that isn’t a store and their entrance fee is low enough.  The town still holds tightly to their alien identity which made for a fun game of ALIEN!   Where we basically shouted the word every time we saw one.  (You know the extraterrestrial kind not the illegal kind).  When is the best time to visit Roswell? When is there in season? According to the shop owners it’s whenever people travel.  For most Roswell isn’t a destination, it’s a stop along the path to somewhere else.

Roswell was fun for us. We are glad we made a point to go there. It just wasn’t what we expected.  (I also have to admit that I forgot area 51 was in Nevada and for some reason thought it was near Roswell .. oops) I thought it would be more of a party / entertainment scene than what I saw.  Really other than alien lamp posts and graphics, a few shops and the UFO Museum it’s rather subdued.  It’s more small town that tourist stop and 0 for party and entertainment.  Summers are busier they say, but still very chill.

Our visit in Roswell was unique because of Halloween, and the fact that we dry camped for 3 nights and never found a good place to drop the 5th wheel.  So we drove it all around town. Up and down Main Street, to the mall, to the coffee shop, to the visitor’s center, and to the UFO museum. Even on Halloween we had to park in the mall parking lot for the events that transpired there then drive across town to the convention center for another Halloween event.  I got really used to pulling the 5th wheel where ever we went, I even made a turn behind a store that turned out to be a bad idea – I had to back around a corner and then parallel park the 50ft beast. I can say my man card was officially stamped after doing that!

Ok time line, I’m a bit all over the place.  I’ll just copy and paste our journal entries for Roswell here, Hopefully it is worth the read  =)

Day 1, October 30:  We arrived mid-day and we went down town for about 5 hours.  We parked near the visitors center, got the lay of the land, And headed in. – While at the visitors center we were also told about some of the Halloween events and made the decision to stay for them rather than leave the morning after. We then secured the RV and walked downtown to check out all the shops, and see what we wanted to do.  We spent some time at the Space themed McDonalds as we planned out our walk. It was too late to take our time at the UFO Museum so we planned on going back the next day. When it got dark we worked our way back to the RV and drove it across town at Walmart for the night.  Dinner was chili-mac! 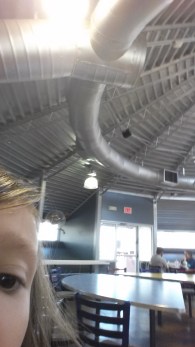 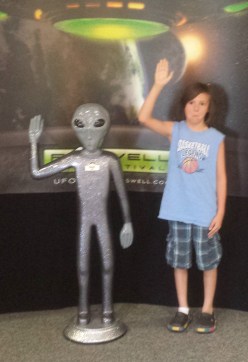 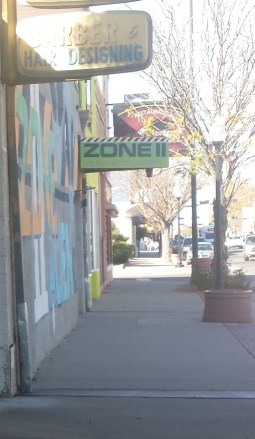 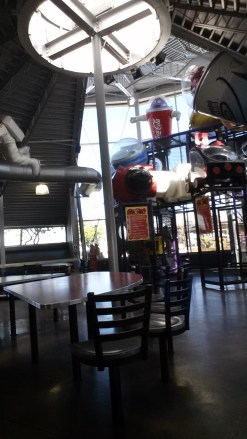 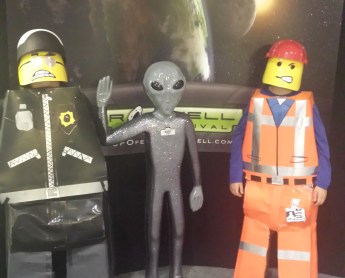 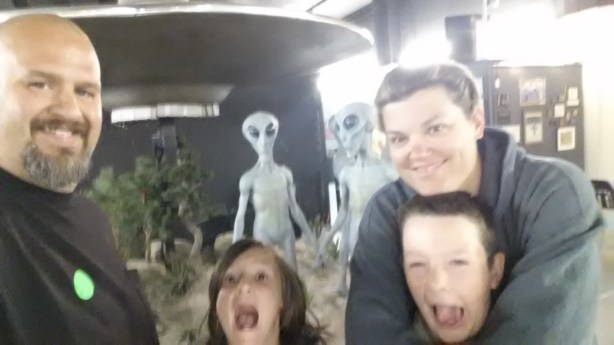 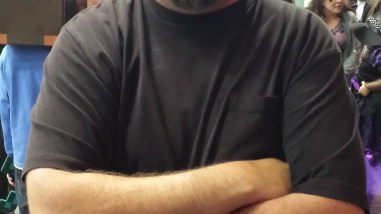 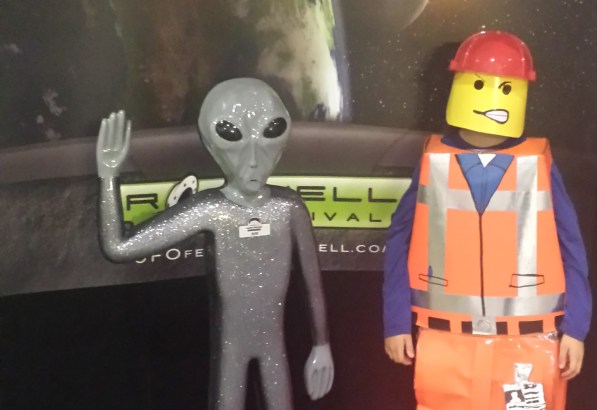 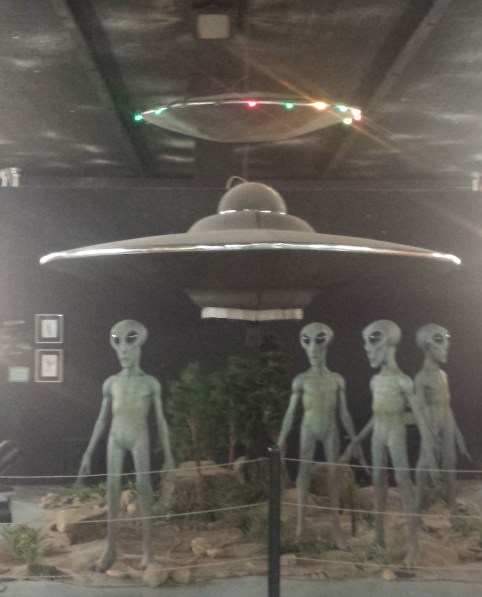 Day 3 November 2nd. Woke up with a massive headache today, REDACTED REDACTED REDACTED REDACTED REDACTED REDACTED but other than that I think we are all good.  Halloween was fun. Gail spent the better part of the morning working on school related stuff in the RV, the boys and I took some time to ride our bikes around towns and around the mall. (The mall is small and dead there are maybe 10 stores left out of about 24 spaces for stores) The boys and ate lunch (another something they won in the costume contest) and Gail joined us for the movie.  Later that night we spent dinner and most of the evening at Hastings working on school and starting our post a day campaign on the blog to get us caught up.   Tomorrow we will head out.

All silliness aside, we had fun. Unfortunately it’s really not an endpoint destination. I would be a bit disappointed if it were my vacation and I planned to just go here.  If you’re an alien nut, then it would obviously be a good piece of an epic themed road trip. If you are driving by, it’s worth a stop, even if you are going out of your way a little bit.

Thanks for reading, if you are interested in more of our trips and adventures, click on the blog link at the top of the page.  Please let us know your thoughts and what epic adventures would be worth adding to the drive.