As we trucked in to New Mexico our budget had started to run low.  A combination of extra stops and extra days on the road had us running a little thinner than planned.  However we had just spent a week in Tucson at a great casino that netted us about $20 extra in our pocket, free stay, free meal and free pool usage. We also planned on mostly dry camping in New Mexico.  Budget dictated that we have enough cash to stay for a month in Texas, and we needed to make sure we could afford it. So fuel costs were also a concern for the first time. We will talk more about finance later, but I felt I needed to explain why we stuck to the path that we did.

We don’t have any regrets, but maybe future vacations once we are done with this trip.  We missed the cave dwellings and bypassed Albuquerque on or way to Roswell, NM. So we have a chunk of the north and western parts we can explore in the future.  Besides, Albuquerque is a 6 hour drive from Denver and a common place to visit if you live in Colorado.

New Mexico is home to White Sands. There is a missile testing range, military base and a National Park. Intending to head to the Nation Park guess where google took us instead?  Yes, that’s right the base.  This marks the third time I have had to turn around at a military base in 3 states in 3 months. I’m not sure how many more times that can happen before I’m just not allowed to turn around and end up having a chat with some one in a dark room =)  The missile range and museum is kind of cool though.  We hadn’t planned on seeing it but I’m glad we did.  The signs along the way give us plenty of warning about wandering the fields near the base.  Once we got turned around we set the GPS to the right location and headed out to White Sands National Park.

The park is pretty cool. I had never seen anything like it . . . actually  I had, but it was snow! This stuff was not snow, it was gypsum. I couldn’t help but keep thinking it was snow.  I was even worried about driving my RV off the pavement and on to the unpaved road because my brain kept telling me the road was slick and dangerous. Even now I feel cold thinking about being there even though it was 75 degrees. The sand was such that making sand castles wasn’t really working, after all it wasn’t really sand either.  But we did have fun acting like fools and playing in the cool white stuff. 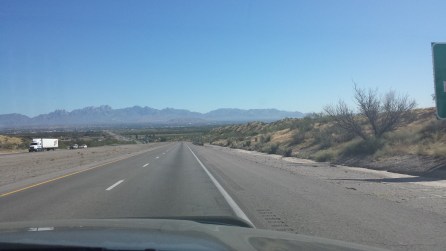 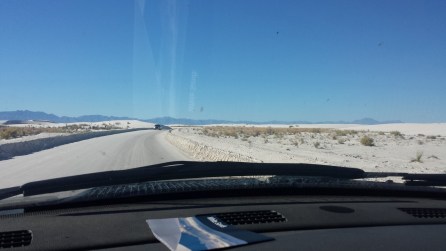 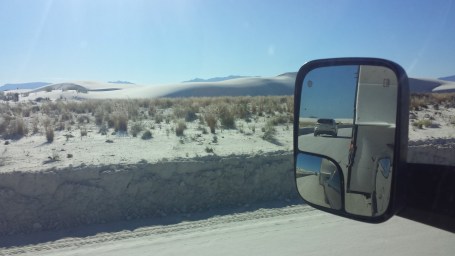 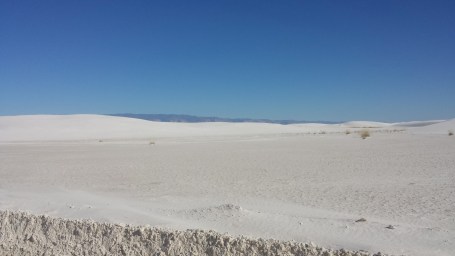 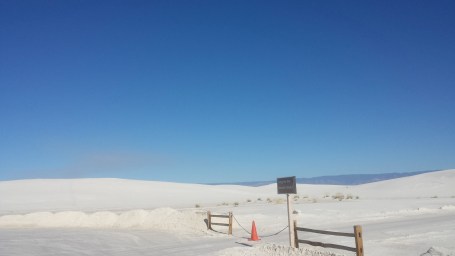 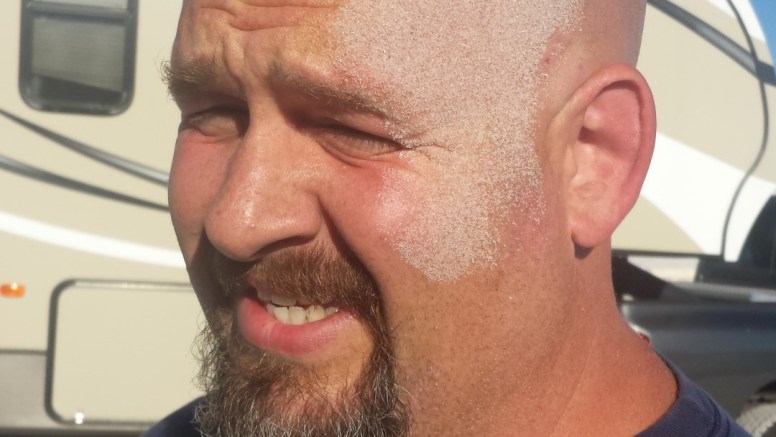 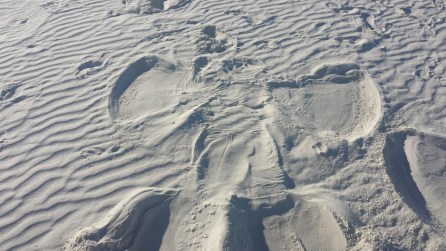 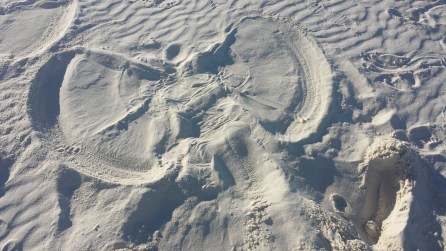 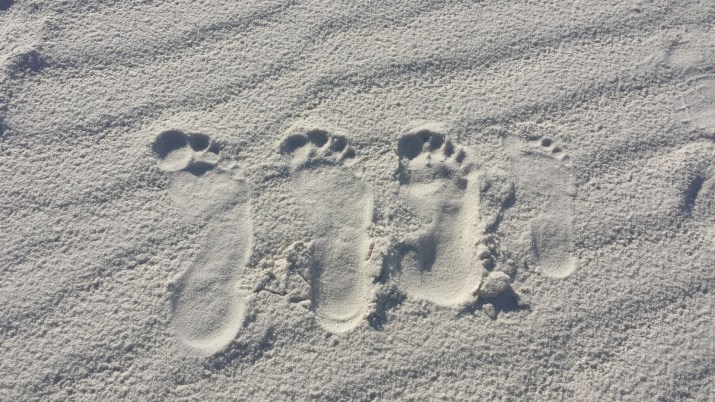 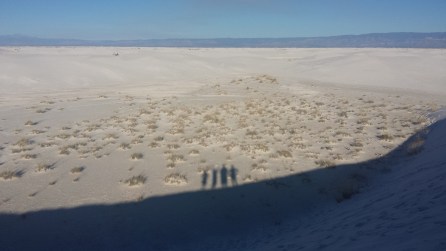 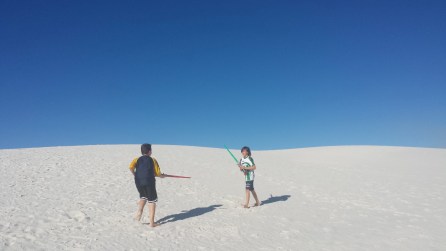 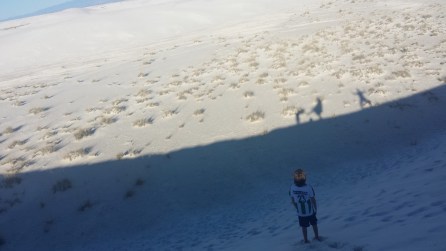 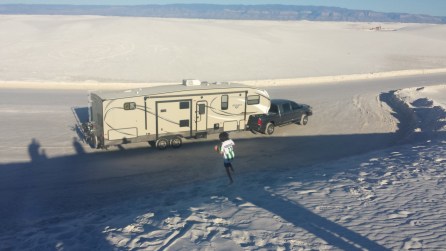 It’s a little cruel to call the town Almaghetto, but that is the nickname it had earned from the local military guys out in white sands.  Its real name is Alamogordo.  We spent the night at the Walmart there and it was truly concerning.  For the first time on our trip we saw / heard the crazies out at Walmart. It was one of the worst night sleep we had had in our parking lot dry camping experience. If you are ever out there and think, maybe I should just stay here for the night rather than drive in the dark… Drive in the dark.