I’m not sure how long this post will be as I set out to give a general update on how things are going.  I’m not sure were the best place to start is, but i will say adventure comes in many forms.  For us the whirl wind 6 month trip has been extended indefinitely. Where we had decided to simply hit every state and see what we can see,  we have be given the privilege of taking our time. 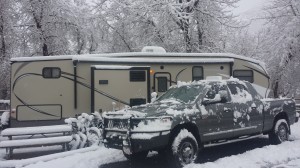 It snowed in April 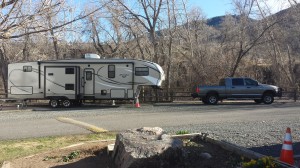 It was a wonderful month, we got to be active residence of Golden, Colorado.Once we embarked from our house our first destination was Golden Colorado. – (We will post some of our pictures and updates from golden in the coming weeks.)  Our intent was to stay there for a couple of weeks. I was going to take care of some things for clients and do a job for which I was contracted to do before we hit the road. We were a little late in the trip but the added cash flow was supposed to give us a boost as we started our travel.  Two weeks turned in to 3 , then into a month. 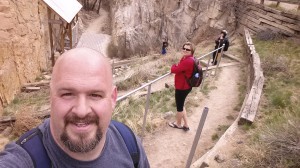 The little city, nestled at the base of the mountains was a place I had never had the opportunity to explore or really hang out in. We rode our bikes daily and walked everywhere locally. We tried out several restaurants, and took hikes on a regular basis.  One hike was from the base of look out mountain to the top then over to some adjoining trails and back down. It was a 7 mile, all day hike for my family and an experience will will not soon forget.  Most of these adventures we posted on facebook and I will get them transferred here soon. 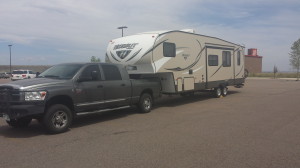 On May 2nd we packed up the RV (for real this time) ready to set out on our trip. We had worked through a l0t of our old pantry and condensed things enough that we could finally fit everything in the the truck and RV. We said goodbye to the friends we had met at the campground and pulled out. The details of this journey I will save for another post, but we only made it about 12 feet before we started to have problems. HA-  I laugh now but I owed the extra word jar (our version of the swear jar) enough money to buy pizza for a month for the things I called the truck. This was also after spending several days fixing another issue with the truck.  It’s safe to say we had challenges and broke a few things on the truck and RV trying to get to our next destination.

On May 6th we pulled in to the fairgrounds in Winfield, KS and parked along the walnut river. It was the best possible spot we have gotten -imnsho.  We had shade trees and wind breaks on both sides, more space than we could handle, and privacy.  The spot was A51.  I will post more on this later as well but it was what I had hoped for when it comes to living in an RV.  We had come here to visit family and see my brother graduate on May 18. There is a lot more to put here but again I will put it in another post. Just before graduation we move the RV over to my moms house where we are today. 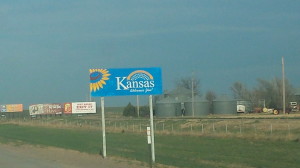 On May 6th, My Mom’s Birthday:  My Mom called and asked me if I had time to go to sonic and talk. She sounded distressed and it was early in the day so I though that maybe she had been fired for some obscure bull crap that people sometimes come up with to stroke their own egos. What she told me was far different – CANCER.  Cancer is a scary word and rarely is it ever something minor. In this case the doctors felt they had caught it early enough and felt surgery would eliminate it.  Worst Case it might result in minor preventative treatment after the surgery.  The surgery was tentatively scheduled for the end of May with a possible recovery time of 6 to 8 weeks.  We promised to stay and help as best we could and postponed all plans for the trip until August – when we need to return to Denver for a wedding.

June 19th – My mom had surgery and it went better than expected and has almost magical results.  No lingering cancer, no preventative treatment, no hospital stay after night one, and back to work in 1 to 2 weeks if she felt up for it. There’s still some recovery involved because it was a major surgery but the technology used made a major difference. She has gone back to work now but we are still helping out with meals and taking care of projects around the house.

Now – We plan to head to Denver in August and, lord willing, up to Wyoming and possibly South Dakota along with some of the northern / nor-western states. We may take a mini trip through some of the eastern non-border states if finances allow – we are waiting on payments from clients and staying here while not expensive it is expensive over time. The more we sit still the less money for travel.

In the end we are learning to rely on God more than ever and testing our resolve and reliance when things go wrong.  We feel that having the ability to be mobile during this time was a God send for our family. We were told to move forward in faith. So here we are on an adventure unexpected, on the cusp of something amazing, eager to move but grateful for where we are.

TLDR: Golden, Winfield, and Cancer.  We are ready to head out but waiting on money and recovery. 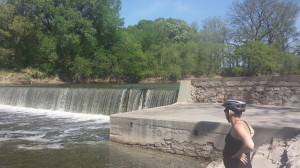