Places to Visit South Alabama .. I mean the Florida panhandle 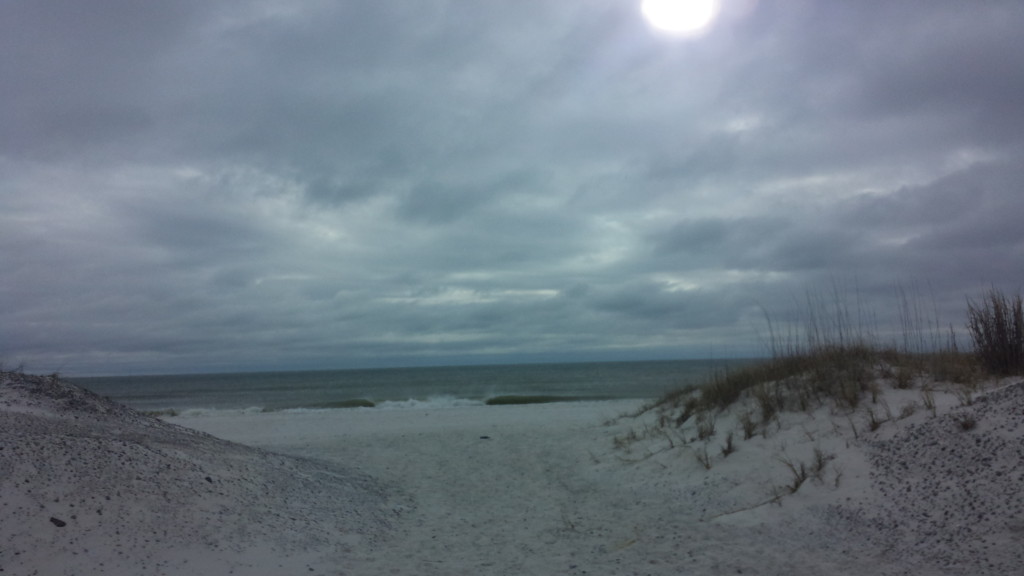 Pensacola, Santa Rosa, Destin, Miramar, Tallahassee. Some beautiful beaches, piers,  and towns.  If you ask around though it’s more like southern Alabama than the rest of Florida.  The people are nice, and the beaches are beautiful.  The weather was a little cold and rainy (typical for February). We did have some good afternoons, regardless of the cold.  Destin;The beaches were nice, the inland lakes and rivers were filled with yachts and boats.  We met a group of shark fishermen on the self-proclaimed US’ longest pier.  Who the week prior had caught a giant Maaco shark, which is a rarity from shore.   Much of the area reminded us of the rest of the gulf shores we have visited with a slightly different feel. I don’t know if it was the awe of continuing further east or the excitement of heading to keys, but the travel here was a great couple of days. 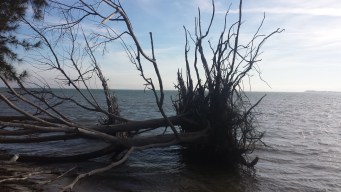 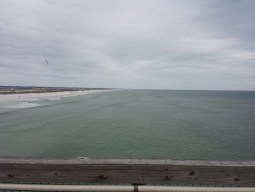 Once we hit the Miramar area, due to a wrong touch of the gps we headed inland before we made it out to Panama City, but we knew there would be more in store for us down the road. Tallahassee wasn’t much unlike any other small city we have visited, except this was the first time we noticed the “hairy trees” (as Jaclyn called them!) We didn’t see much of it but Gail got to spend some time with a friend she hadn’t seen in a while. The boys and I spent the late morning playing video games while my wife and her friend went to brunch.  We dropped the 5th wheel near some interesting apartments that were getting ready for a remodel after about a year of neglect.  It was the first time we got to see the extent of the heat and moisture, and really the first time we had ever seen heavy amounts of Spanish moss EVERYwhere.  Add to that the dreary day and it was a bit of surreal experience.

From Tallahassee we headed south. Making a stop or two over night at the rest areas and exploring surrounding areas when we had the chance.  One thing is certain, a small town out in the sticks is a small town out in the sticks, no matter where you go. People and scenery change a little but the feeling and substance stay the same.  Whether or not that is a good thing I guess depends on whether you grew up in one and if not you liked it.

There were some panhandle favorites that we missed. Panama Beach, St. Joseph Bay Preserve, St. George Island, and Cedar Key.  If you follow RV stuff on you tube or other blogs you already know these are amazing places to hit. For us with the new goal of heading to the keys and not just a small jaunt to central Florida we figured we would live.

Next up: East Central and the Everglades.