While in Moab, Utah we camped at Big Bend Camp Ground along the Colorado River down highway  128.  This camp site, located along the river, in the canyon just outside Moab, was a good place to camp.  It was far enough that traffic was minimal but close enough for a Moab / arches /canyonlands / dead horse / etc.  base camp.  Most of the camp sites closer to town had openings but nothing that could handle a 50 + ft. while combined rig.

This Location had a couple of pull through that people who were already camping took the time to let me know about. After a harrowing turn around that felt close to rolling the 5th wheel (shhh I still haven’t told Gail – since she and the boys were setting up chairs to claim the sight) I was able to pull into the pull through without issue. 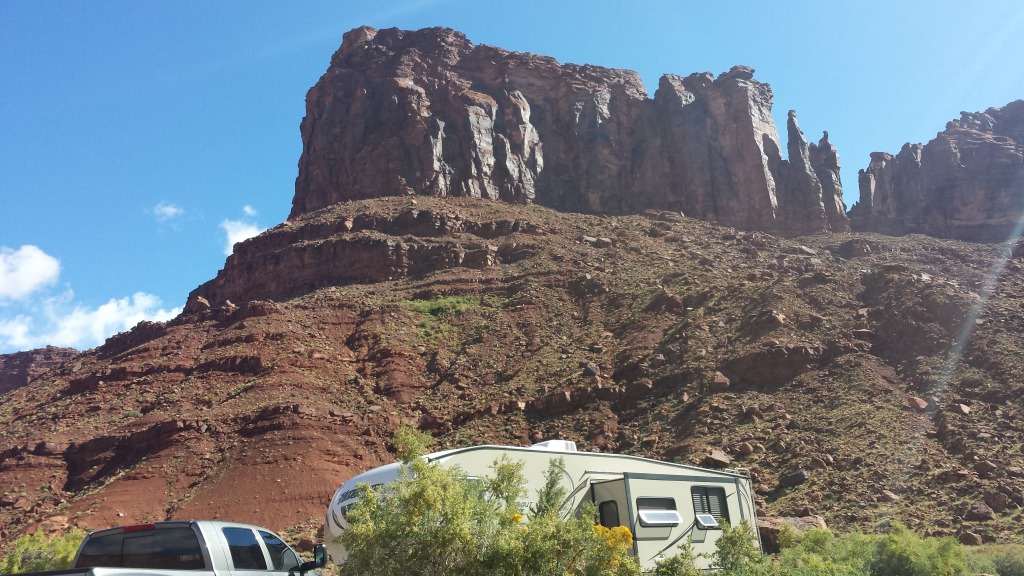 We didn’t really didn’t much time at camp. There were no hookups, but I could run the generator long enough to cool down the RV before dark. There was supposed to be water available the entrance to the canyon but the spigots were always locked. We purchased drinking water in town and took sink showers, cooked, with what we had in the fresh water tanks, so it wasn’t too bad.

Being in the canyon was a great place for star gazing at night with some amazing outlines as you see the black hard canyon outlines against the starry skies. – I don’t have any pictures of this because our cellphone cameras just couldn’t pickup the light.   The river was completely red and was an interesting sight against the green trees and red canyon walls. In the mornings it was quiet and cool, everyone in the area was respectful and made the camping that much better. 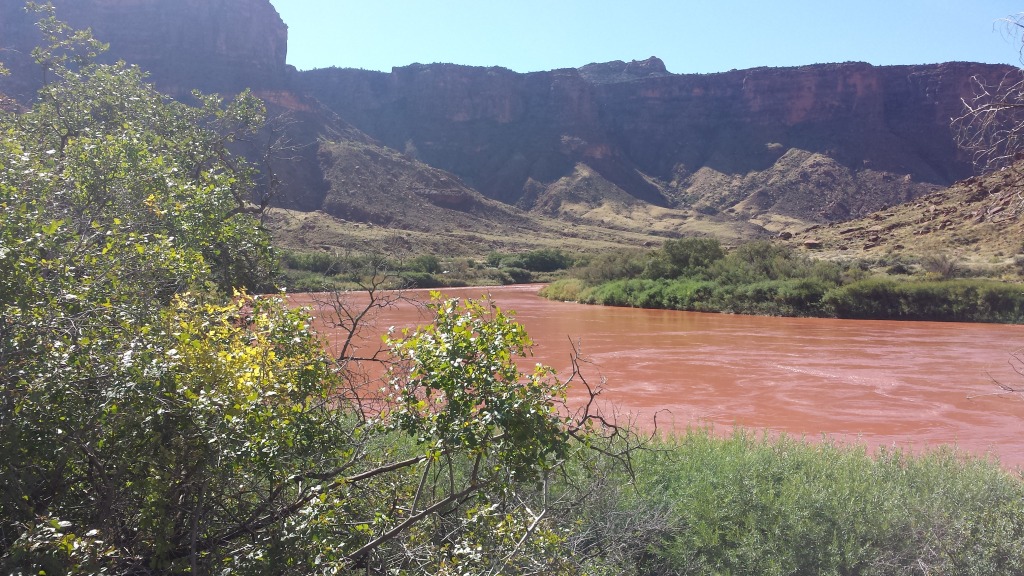 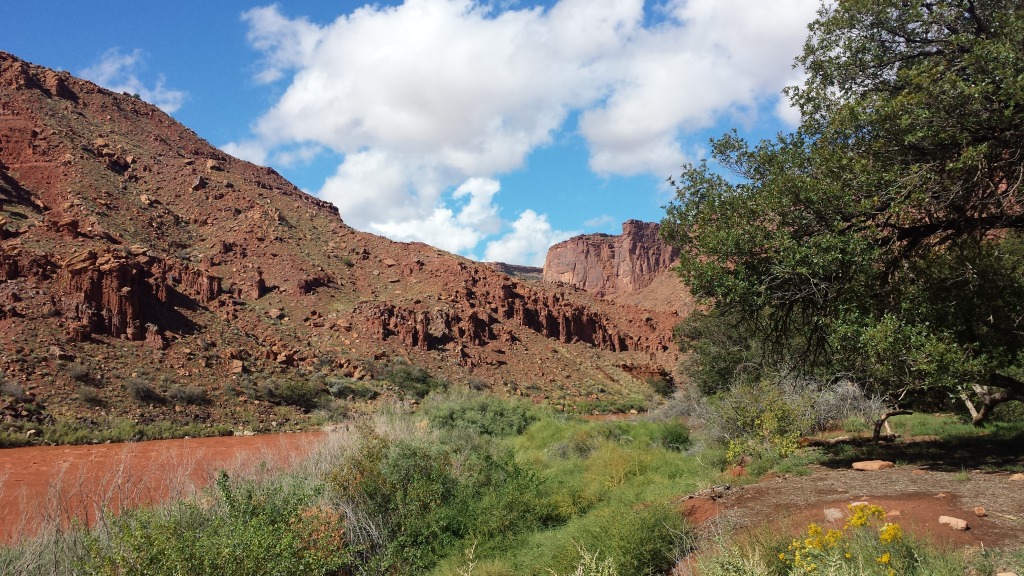 The biggest struggle / bonus depending on your level of addiction / need is that there is no cell phone or internet that far in the canyon.  For us it was a bit of a pain and the reason we didn’t do much but sleep at the camp sight.   Since we were all doing school and work we spent a few hours a day at McDonald’s in town.

The various camp spots in the canyon are not free – I hear they were at one point- expect to spend 15 a night for no hookups.  There are also signs everywhere staying no camping outside designated camp sites. When heading out in the early am we saw people, who we had seen parked the night before, getting tickets.

Overall feelings? I could take it or leave it. For what we spent on water, and internet we could have camped closer to Moab – if we had made reservations months earlier. On the positive side there was more space than we knew what to do with. And the stars were amazing.

http://www.discovermoab.com/campgrounds_blm.htm for more information on camping on BLM near moab.