The first national monument, Devils tower is located in the north east area of Wyoming, the opposite side of Yosemite.   If you take the time to see Mount Rushmore, this monument is a mere 2 hours’ drive, if you’re a gambler and a sight seer, and it’s light outside take the route through deadwood. I hear it is a beautiful drive and worth staying the night at the casino’s.

When we left Mount Rushmore it was dark and we had hotel reservations near Devils Tower. We opted to go around Deadwood, after all we would be going to Vegas and staying for free at casinos as we traveled. Plus, for this trip we had a limited time frame and very limited cash flow.  Everyone was tired, excited to get to the hotel and ready to eat dinner so we rushed from Mt Rushmore to Devils Tower.

I will review the various hotels and RV parks we have stayed in at a later date. However, while we didn’t gable in Deadwood, we gambled again with a cheap hotwire hotel. This was not quite the same payoff we had while in Branson, but it worked for a night and they had hot breakfast sandwiches, which was nice. (Why didn’t you take the RV for this segment you ask?  Cheaper, but that’s another post.)

We set out for Devils tower after breakfast. The drive to devils tower is beautiful, but by this time it was common landscape. A few turn and valleys stick out in my memory but that’s about it. That is until we finally saw devils tower.  Way off in the distance all by itself, with no other mountains or hills to speak of you see devils tower. 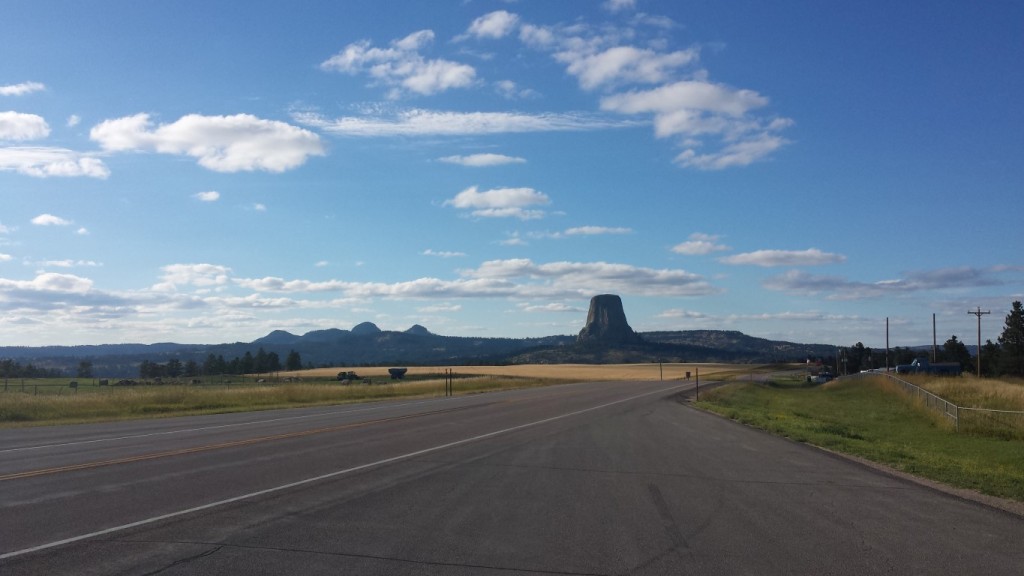 At this point there are several people stopped at the side of the road taking pictures.  Most people I have talked to this is the closest they have ever been to the monument.  I was afraid for a second that like Mount Rushmore we would not be able to get as close as we had hoped. (I did very little research, I’m lucky we found it ;p )  But as we followed the road in we were pleased to see the entrance that would eventually lead us to the base of the monument.

So this is one of those places where is not really hard to figure out what’s going on. There is a giant “rock” sticking out of the ground. There is a path arround it at the base. And if you are so skilled you can climb it to the top with a permit. 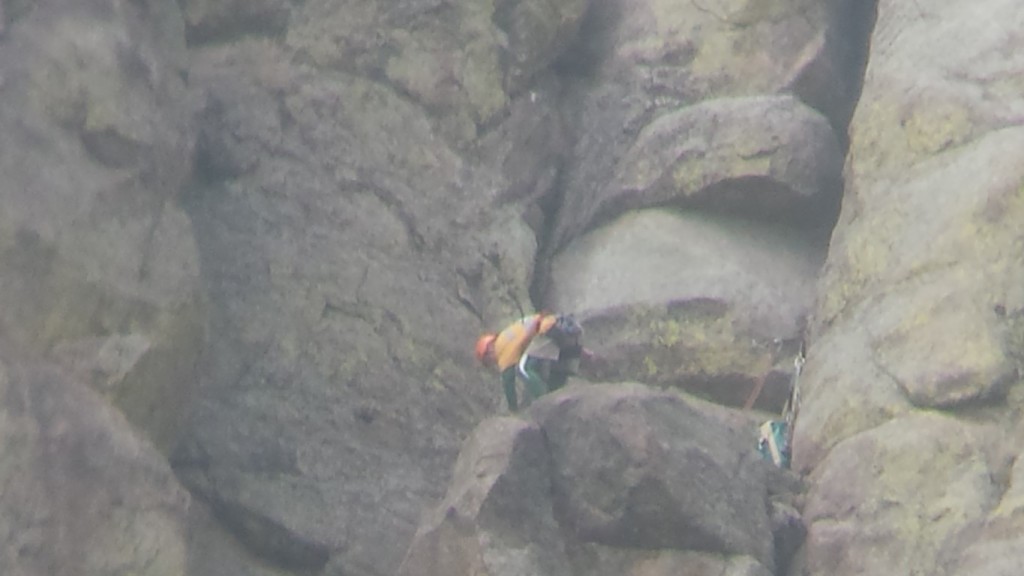 You can spend 10 min or a whole day here. For us it took 2 hours to simply see the monument on the 30 minuet round trail. We took so many pictures I could recreate it in 3d. It was one of our more replaced visits. We played every chance we got. MiKael and I even scrambled to the base where permits were required to go higher. It was a blast.

The stories are interesting too. The name comes from a loose translation of what some if the Native Americans called the tower. “The tower of evil spirits” – The traditional story that is shared in the area is that a giant bear chased a bunch of kids and was going to eat them, but the creator protected the children and cased the rock to grow. The lines in the tower are from the giant bear scratching the mountain trying to reach the kids. The bear eventually caught up to the kids and the creator lifted them from the top if the mountain and they ran into the sky and the bear gave chase. There is a constellation that also depicts the story.

This is another place that is controversial when it comes to the Native American people. This is a sacred land to them and many tribes traveled there worship, for some the land and others the creator or other deities. By paving paths and driving metal in to the mountain for climbing we disgrace the mountain. Because of this there is a voluntary cease climbing in June. Interesting tidbit?

By lunch we were done hiking. The boys finished up their junior ranger booklets and got their badges. We even had a little tailgate in the parking lot =)

There are other scenic views to be had too: 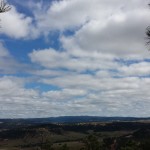 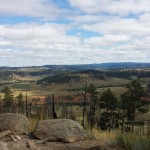 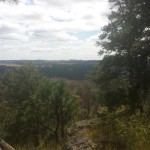 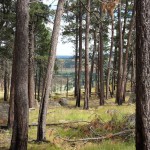 You have probably seen enogh of the tower?  no?  I thought not =) 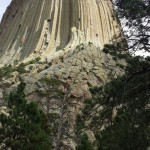 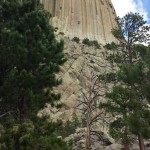 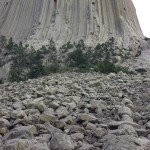 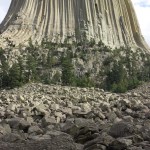 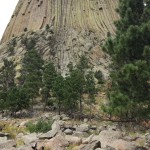 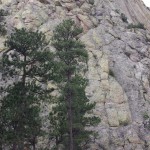 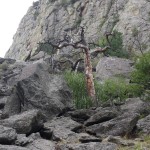 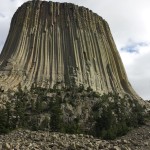 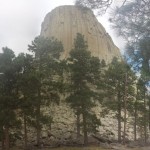 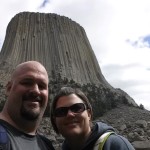 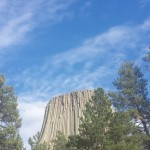 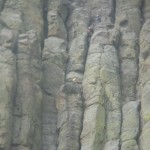 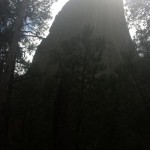 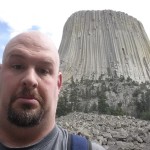 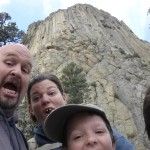 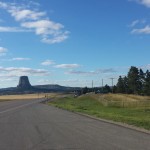 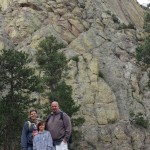 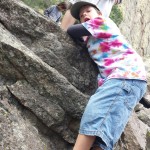 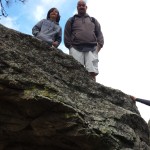 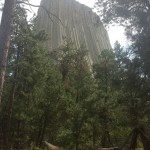 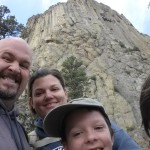