No great story is ever all positive, in-fact sometimes they are better when they go bad because we learn from them.

After college my soon to be wife and I were working on small fix-and-flip projects with friends and those projects were coming to an end.  They more rental properties than flips, but that’s not the point of this story. Towards the end of it I purchased a 1978 Ford ranger, well actually I traded a car for it and an 89 ford f150 that needed work. We sold 89 the f150 and kept the 1978 ranger. 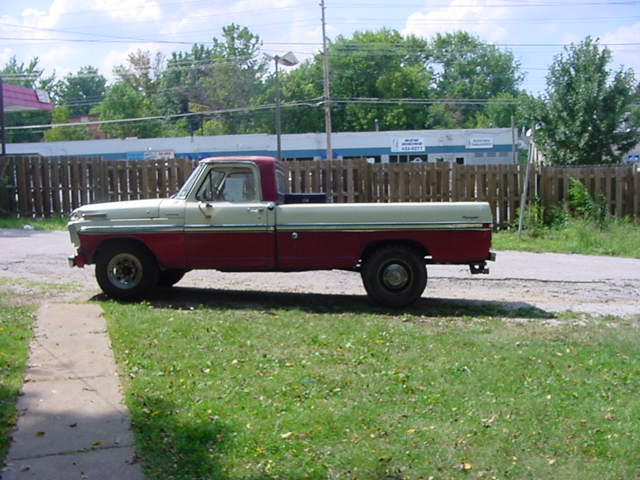 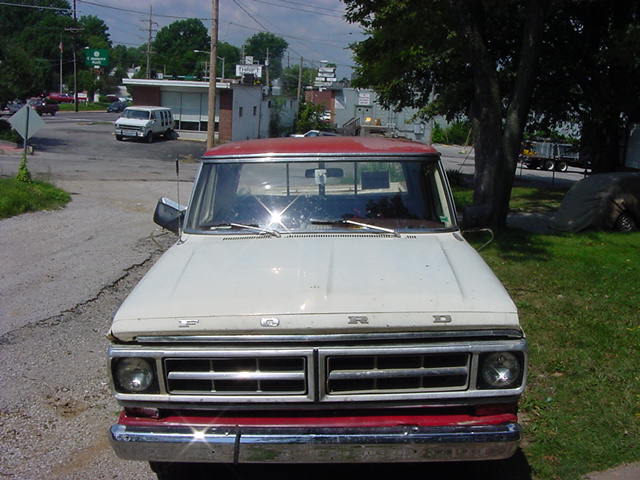 The ranger wasn’t one of those small ones, it was big, it had aggressive rear tires and normal front tires.  I was told it was a farm truck. In my opinion the Ranger was a beautiful piece of machinery that my girl friend and I fell in love with. It was red and white and big and had a bench seat so she could sit next me – cake couldn’t have said it better “stick shifts and safety belts, bucket seats have all got to go, when I’m driving in my car, it makes my baby seem so far.”  I sing that song every time I think of the truck.
Shortly after buying it, 2 weeks, we decided go to my family’s for a visit and I hadn’t gotten a  chance to drive it much but it seemed ok, I knew that gas gauge didn’t work It it had a carburetor (for those not so car savvy, running a newer vehicle out of glass will often plug up the fuel injectors. .. not quite an issue with a carburetor)  so when I ran out of gas I would empty my 5 gallon gas can into the tank, and voila I was off to a gas station to fill up again. I new the tires were old but they didn’t leak, have cracks or look any worse for ware. The power steering was also a little sloppy but I could handle it. Besides “It sounds like a fun adventure” said my mother. We loaded up for the 12 hour journey from St. Louis to Denver.

The first 2.5 hours were awesome,  not a care in the world. we cruised through most of Missouri with the windows down and the mono fm radio blasting, enjoying the drive. Then BANG!!!! The truck swerved and we come to a hard screeching stop on the side of the highway.  “WHAT THE HECK WAS THAT!!!” I yelled as we check ourselves over for damage.  “It sounded like a shotgun” … It didn’t feel like a shotgun, “It looks like something exploded” She says..  There was rust and dirt all over the place …  and … “oh look a hole in the floorboard” and “ … “is that a piece of tire on the bench?”
We blew a front tire. By blew I mean the tread separated from the rest of tire with bang,  the tread was shredded and the bang we heard was the tread smacking the floorboard at 60 … well that was 15 years ago so let’s be truthful 85 ish miles an hour!  Smacking the rusty floorboard and blasting a small hole under my feet that shot rust, dirt and bits of tire all over us and all over the cab.
We ended driving on what was left of the at about 5 miles an hour , thump, thump, thump, for nearly 30 minutes until we came to an exit with a tire center. Sweaty, hot, tired, annoyed my girl friend and I negated for a used tire from a small farm shop that dealt with split rim tires. (did I mention it was a split rim tire). We are on the road in about an hour, still covered in rust, we figured out how to function with the hole in the floor. “Just don’t put your foot there , hahah”  And continued on our way.
By the end of that trip we had blown a tire, a radiator hose, and a fuel line and lost a fuel pump.  We got rides from three different people, met 4 different state troopers, and took two sink showers at 2 different Walmarts. The 12 hour trip ended up taking 20 hours. We learned we could overcome the world, we bonded, and laughed we cried, I yelled a bit. but in the end it was an adventure that I will never forget.
The takeaway from this story now is that we will not try and drive an untested 1978 vehicle across country again … ever! I also understand that  20,000 is a lot of road, 6 months is a lot of time, we’ll visit a lot places, and go through a lot of water, food, and poop … It won’t be a flawless adventure but it be an unforgettable one!