When we crossed over to Mississippi we decided to go off the beaten path of I10 and down the coastal road. We didn’t realize that this would turn into a 3 day tour of the Mississippi Gulf Coast. It was a worthy tour.

We spent our first day beach hopping and exploring, first bay St. Louis, then Pass Christian (pronounced Chri-st-e-an no chris-chen), Long Beach, Gulf Port, and ending the day in Biloxi. What you see as you drive down the coast is a transformation from open views to casino and hotel laden land.  You see towns and cities still healing from the wounds of a major hurricane.  Hundreds of beach front properties for sale, waiting for someone to buy and build new houses on. The new houses along the coast are built on stilts, higher stilts this time, thicker too. 12 to 14 ft tall. ., enough room to park RV’s under the houses.  The payoff, not many neighbors yet and as long as you are west of Gulf Port and Biloxi you are treated to beautiful unobstructed views of the gulf, and in some cases barrier island trees way off in the distance.

The beaches all look about the same. White sands, with dark murky water.  Some are covered with seashells (like as much sea shell as sand, a few are combed and easy to walk on. Just off the shores are muscles, in some places as far as you can see.  Dead or alive, I’m not sure, the few we tried to check out were dead or just shells sitting just beneath the water.  Our favorite sights came from the uncommercialized beaches, but our favorite beaches were groomed.  It appears you cant get both. 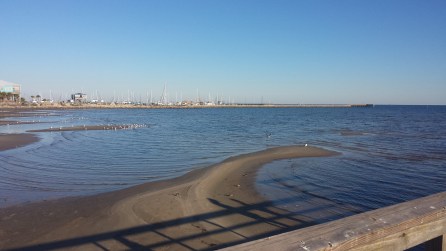 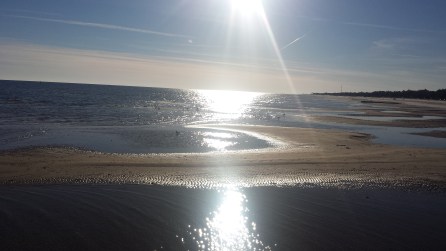 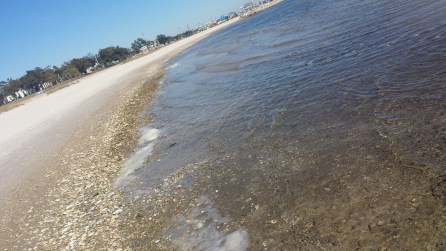 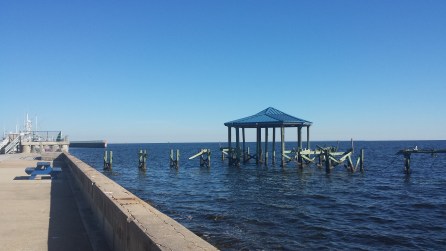 As you approach Biloxi the view changes.  The locals are unhappy with the change but the tourists tend to welcome the sight;  Casinos and massive hotels (new, old, and some under conversion). Every long-time local I spoke to talked about how Katrina and the hotels destroyed their beautiful natural views, historic homes, and beaches.  “What Katrina didn’t claim and utterly destroy the casinos and hotels bought up.”  One passer by explained to us. She said that her community fought hard and blocked hotels and casinos from building in Pass Christian.  But the others she said “failed to preserve their natural resources.”

There is a small fight going on in the area to preserve the historic and natural appeal of the area. She also told us that when hurricanes, like Katrina, come through and there is such devastation, that the face of the area changes so drastically.  After the storm and clean up there is always new growth. Some people leave, and some stay, with the growth more are added to the community. In general the people them selves don’t change, there is still a perseverance and a hope, they all come together and help each other out. But the community changes.  It’s as if you are transplanted to a new location overnight.  The scenery changes, and while the people are the same, they also change.  There is a recovery time and a disorientation that come with it.  In the end its a different community than where you started.

Others that we talked to along the way lamented Katrina and the Casinos that had marred the face of their beaches.  As you approach Gulf Port you start to see the changes that the locals are talking about.  Sparse houses and lush vegetation give way to Condos and hotels. In Gulf Port there is a bit of fishing industry that even takes up the beach and skyline for a while. After that there is a small break just before the casinos kick in.  Here in Biloxi we can see why the locals are saddened. The massive buildings block the views and mar the skyline. For a second you are on the Vegas strip even, with illuminated palm trees, neon lights and pixelated billboards. My youngest looked up and out the windows from their play and asked “uh whoa….when did we get to Vegas? I didn’t know we were coming here again”.

The most amazing resource I found in Mississippi was the people.  Even in the areas they were most unhappy, like Biloxi, they were pleasant and welcoming.  Everyone was nice, more than polite. They were genuinely happy to be there and happy you were there too. Even the homeless that were on the pier in Biloxi, the guys that most won’t give a half a second thought too, were welcoming. Even though I don’t carry cash – especially near cities- and I wasn’t able to kick in some to his beer fund we talked, and he was more than cordial. One guy was even showing me pictures of the sunset he had taken on his cell phone.  Of course, it was 60 degrees on the gulf coast and everyone around us knew I was from the north because of my shorts and flip flops. All the locals were in sweaters or coats and complaining about the cold =).  It was obvious I was a tourist.  You know that and the giant RV I was driving.  Maybe they were just being nice to the image.

Our last day in Mississippi we went to the Gulf shores National Sea Shore and East Biloxi Beach.  This portion of the park is small and being off season with no ferries running out to the barrier islands made the park that much smaller.  In fact, over 90% of the park is underwater, muddy water at that. There are no beaches on this end of the park wither.  There are a few walking trails and if you are inclined to cycle you can do so along the roads.  We peddled for a few hours looking at vantage points over the bayou and out of the park over to East Beach where we saw some washed up jellyfish and a few hermit crabs. Cycling along the coastal roads is a wonderful way to spend an afternoon. 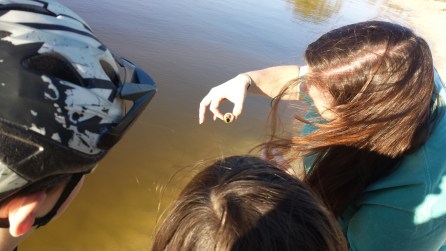 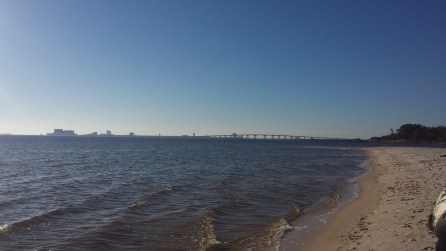 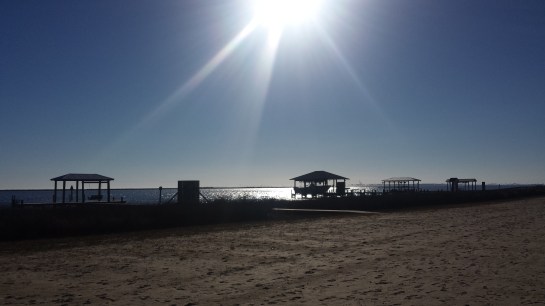 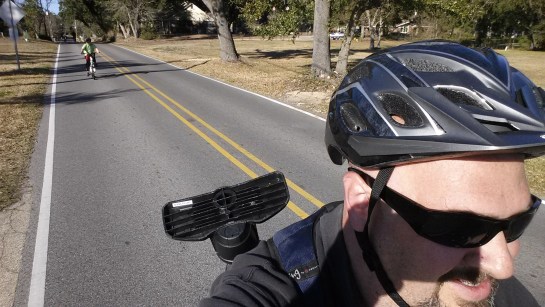 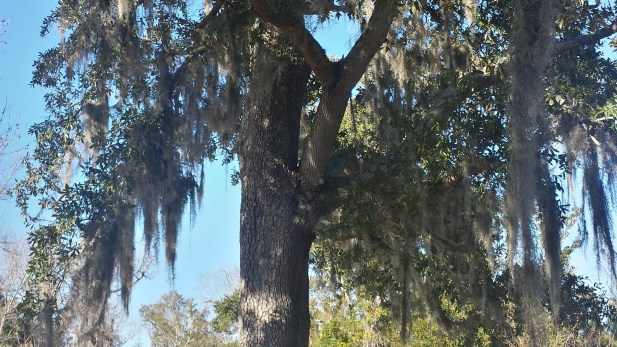 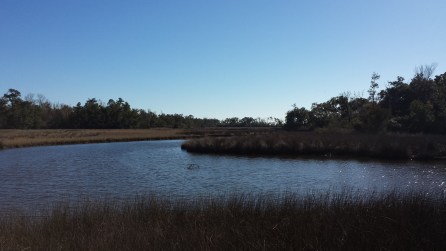 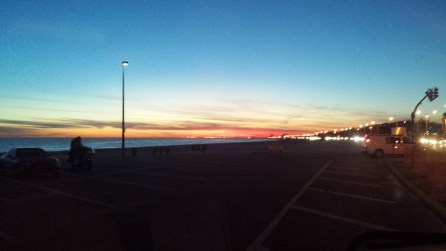 We returned the following day to the park to get the boys badges before we headed to Alabama.